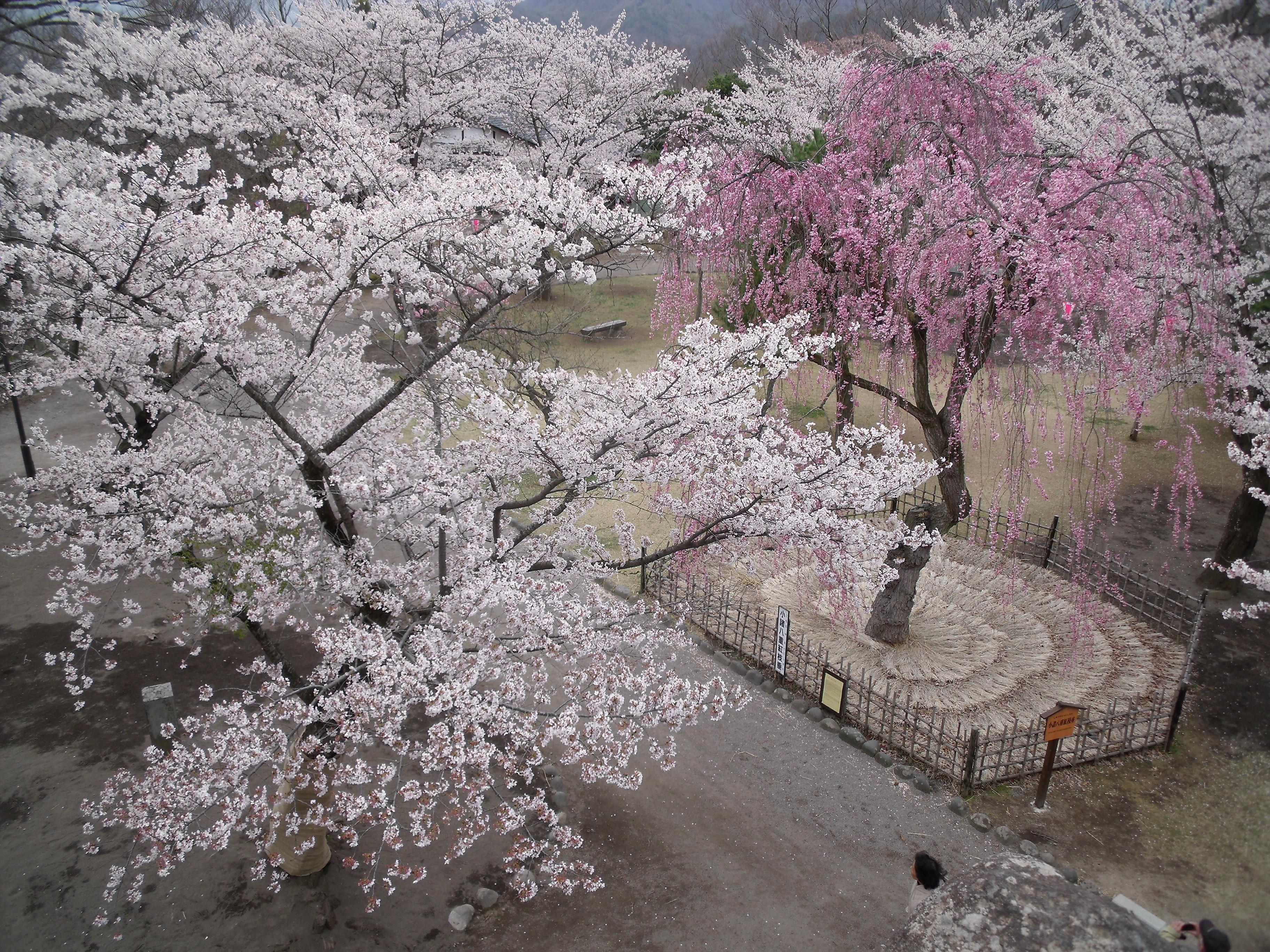 Komoro Kaikoen is the former site of Komoro Castle, built in 1554 during the Warring States Period. The castle keep no longer remains, but you can still see its labyrinthian stone walls and several of its castle gates.

The castle is one of Japan's top 100 castles. While most castles are built at the same level or even above their castle towns, Komoro Castle is one of the only examples in Japan of a castle that was built below.

The park is particularly beautiful in spring and autumn. Cherry blossoms bloom around the park in mid- to late April, and vivid autumn colors appear during late October to early November. During both seasons, festivals are held in the park.