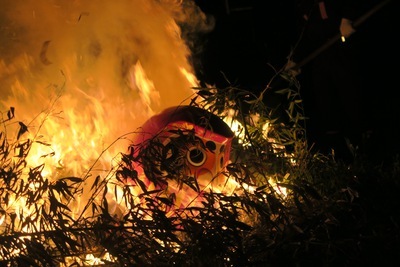 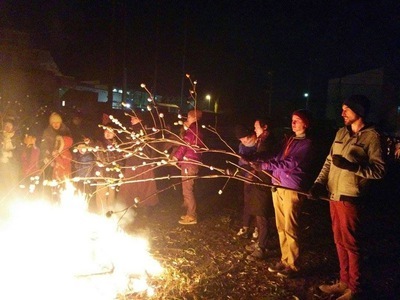 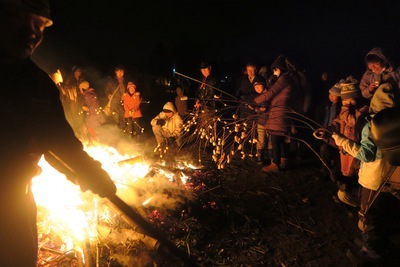 Dondo-yaki is a Japanese tradition that marks the end of the New Year’s period. Local communities bundle up their used New Year’s decorations, like red paper darumas, shimenawa ropes, and their first calligraphies of the year, and burn them in large bonfires. These bonfires symbolize rebirth and are said to ward off evil and disaster.

It is said that if you eat mochi rice cakes or dango that have been roasted over a Dondo-yaki bonfire, you won't get sick for the rest of the year, so people bring large branches loaded with colorful rice cakes just to be safe.

Dondo-yaki bonfires can be found all throughout Nagano, but often in hard to reach places. Suzaka City, adjacent to Nagano City, hosts one on January 8th and the nearby accommodation Guesthouse Kura invites international travelers to join in this local tradition. Inquire with the guesthouse directly for participation.