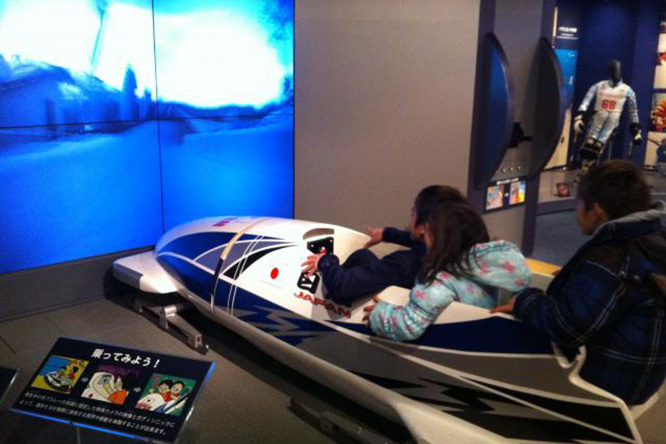 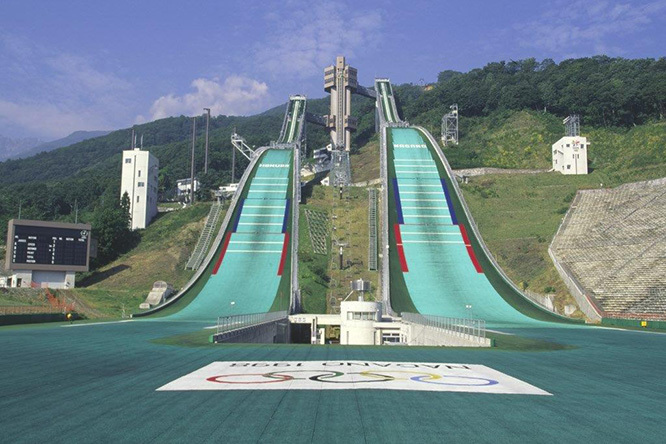 Nagano welcomed the world when it hosted the 1988 Winter Olympics and Paralympics. Today, the best place to relive the excitement is M-Wave, which hosted the speed skating events. Inside the arena is the Nagano Olympic Museum, an official member of the Olympic Museum Network. See the actual medals, sit in a bobsleigh, and more.
Other Olympic venues include the Ski Jumping Station in Hakuba (which has the Olympic Village Memorial Hall nearby), and in Nagano City, Big Hat (ice hockey), White Ring (figure skating) and the Olympic Stadium and its giant torch where the Olympic flame burned in 1988 event. Within easy walking distance of Nagano Station is the awards platform at Central Square.