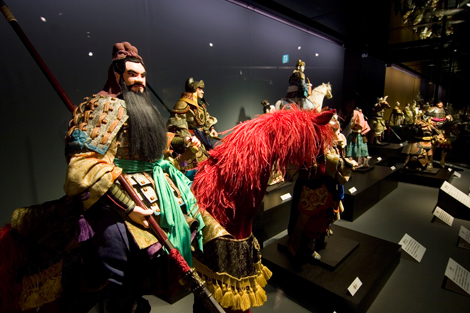 Iida’s 300 year history of bunraku puppetry has earned it the nickname, “Puppet Theater Town”. Drawing on this puppetry tradition, the city opened the Kawamoto Kihachiro Puppet Museum to help spur development in the town. Many examples of Japan’s master of puppet animation are on display, including ones he is best known for from NHK’s long running TV series, Romance of the Three Kingdoms (1982–84) and The Tale of the Heike (1993-94). These puppets are considered works of art as well as traditional crafts.