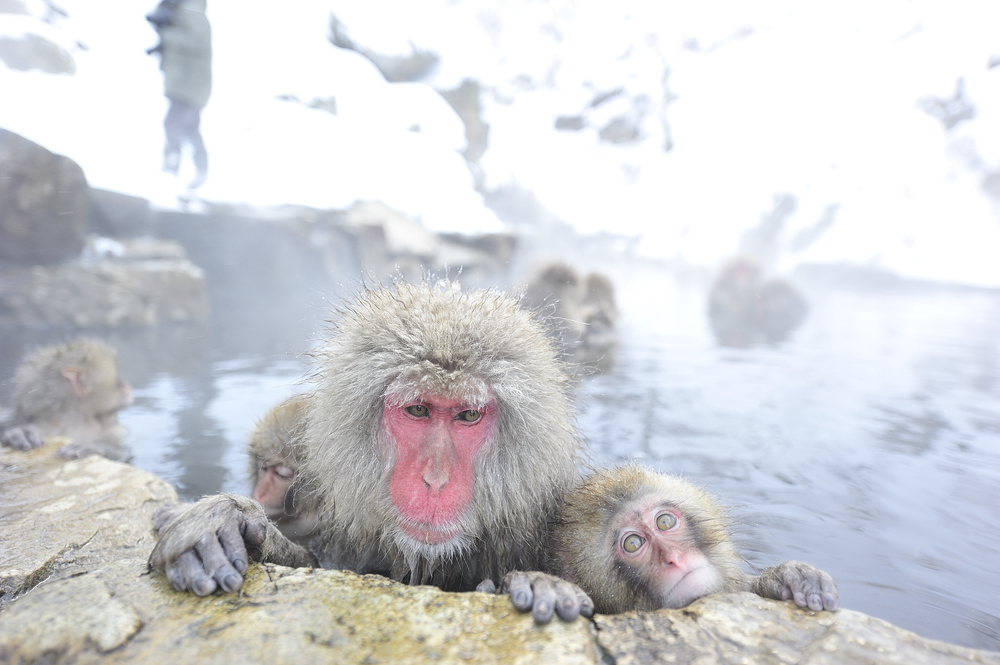 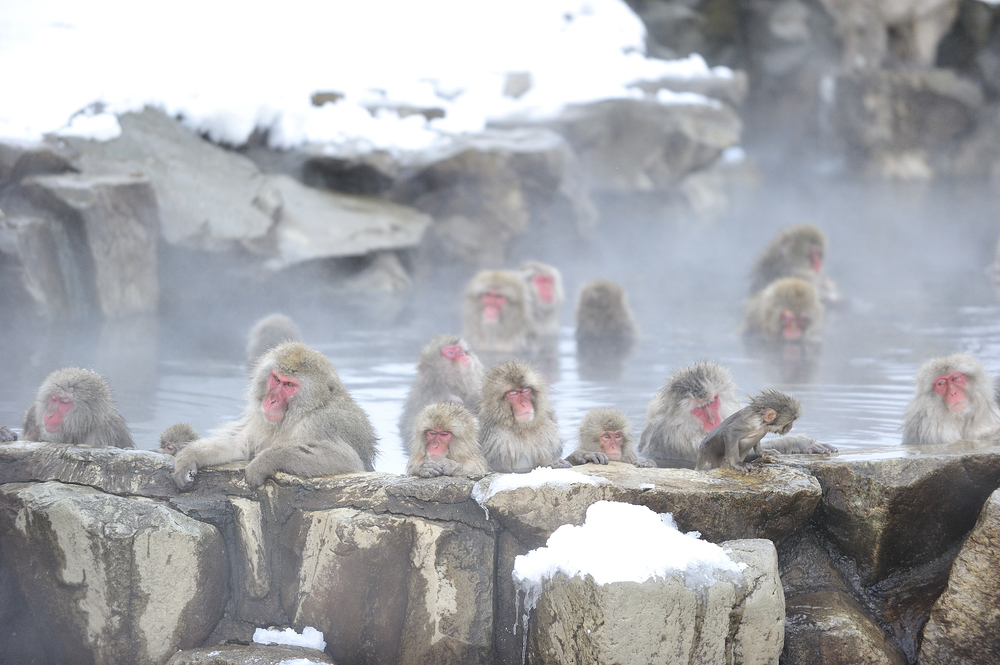 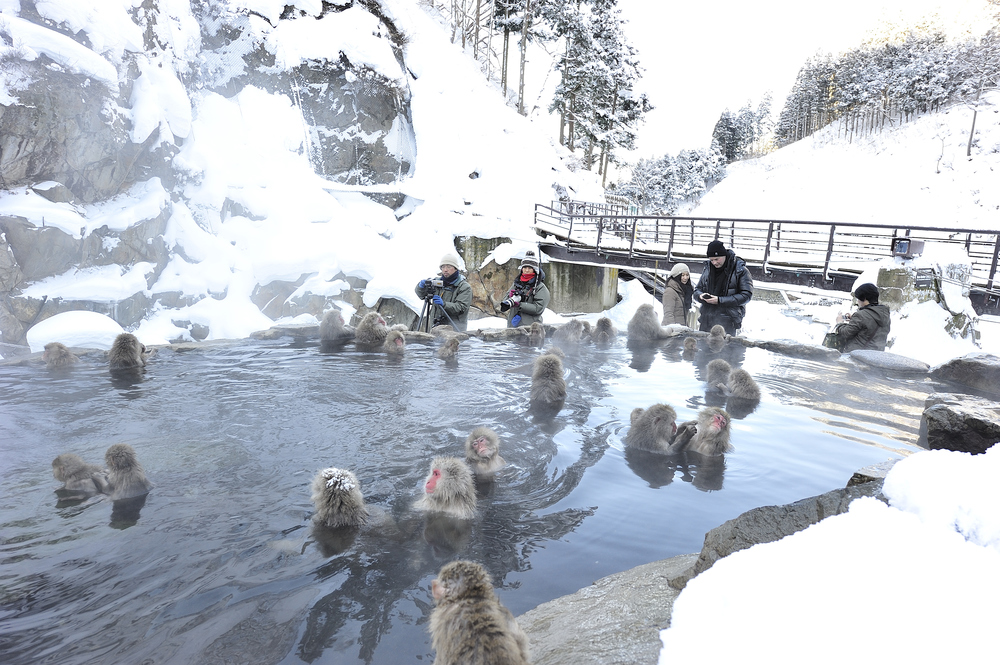 Since is opening in 1964,Jigokudani Yaen-Koen(Wild Snow Mnokey Park)is known by people far and wide as a place where the intriguing natural habitat of Japanese macaques can be observed year-round.
The monkeys are known for bathing in the ONSEN(hot spring)the cold winter months,and in recent years people around the world have come to know and adore them as the "Snow Monkeys." Many researchers and photographes also often visit the area giving way to numerous accomplishments.